A trek and the hubris of an alarm call.

A trek and the hubris of an alarm call.

My body sometimes gives up but my spirit commands my eyes open and ensures that it stays that way. Finally my body gives up the tussle and heaves itself up to prepare for a bird walk, only asking for a strong cup of coffee to keep up with my mind. And this is as it was today morning.
So here I was at day break on the path leading up the trail to the hill through the first village and then onwards to the second with Bhattji - an unassuming yet intensely passionate nature lover with an encyclopedic knowledge of  birds and animals of the wild, its habitat, feeding and habits. It would not suffice to call him a Naturalist guide as he brought to his profession a certain spiritual quotient the comes from spending long hours in the forests. Meditation is the word I think best describes such time spent in the jungle, seeking birds overhead and examining shrubs and herbs under foot. 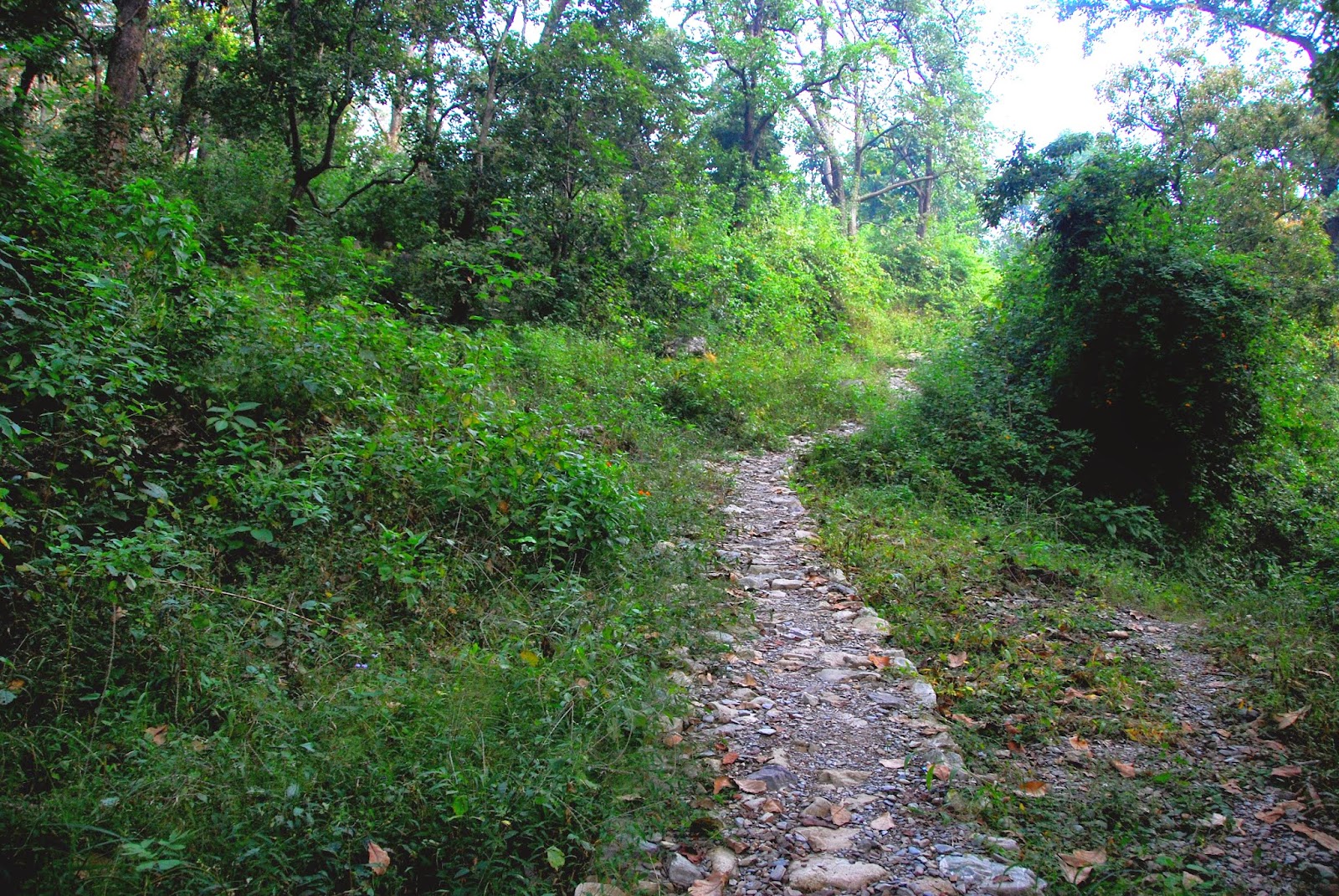 Just as we cleared the first village, walked a narrow path on the edge of a nullah, dry of water but moist and overgrown with myriad shrubs , trees and creepers – we heard the first frantic call of a Sambar. Followed by more intermittent calls, now getting louder and to my mind more frantic. Bhattji suggested that we get closer and we quickly walked down a rocky embankment to stand right in the middle of the nullah, dry and rocky after the end of the rains. A furry scat signaled the presence of a tiger and a narrow path that Bhattji indicated seemed to be the tiger’s trail. 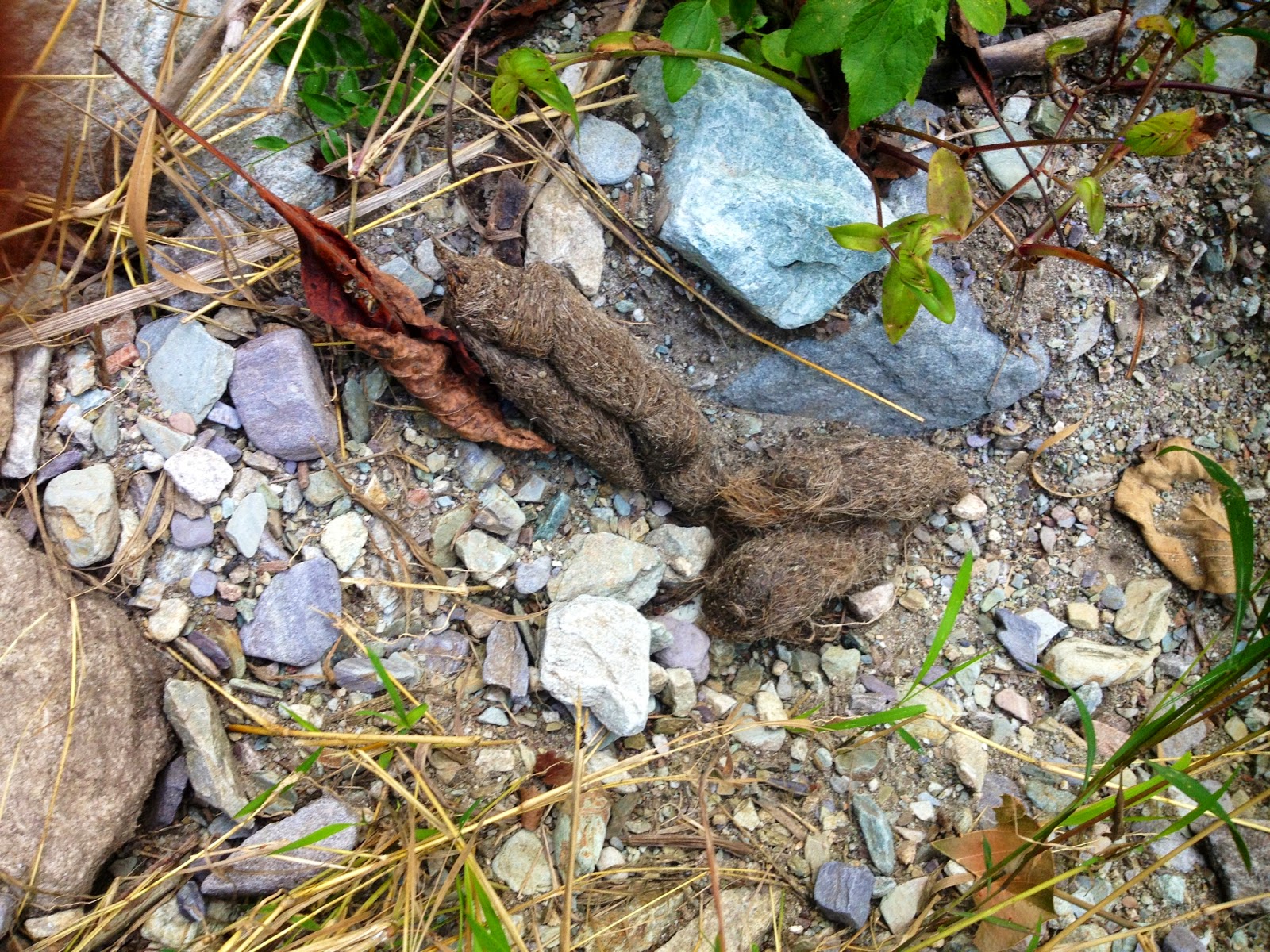 Remember that this is not dense forest yet, nor the National Park, not even the buffer zone area but just off a path frequented by villagers.  Meanwhile the calls grew stronger and now a barking deer and a langur joined in. There definitely was a predator on the prowl. My skin prickled and I was a tad breathless…however we made our way back to the main path. 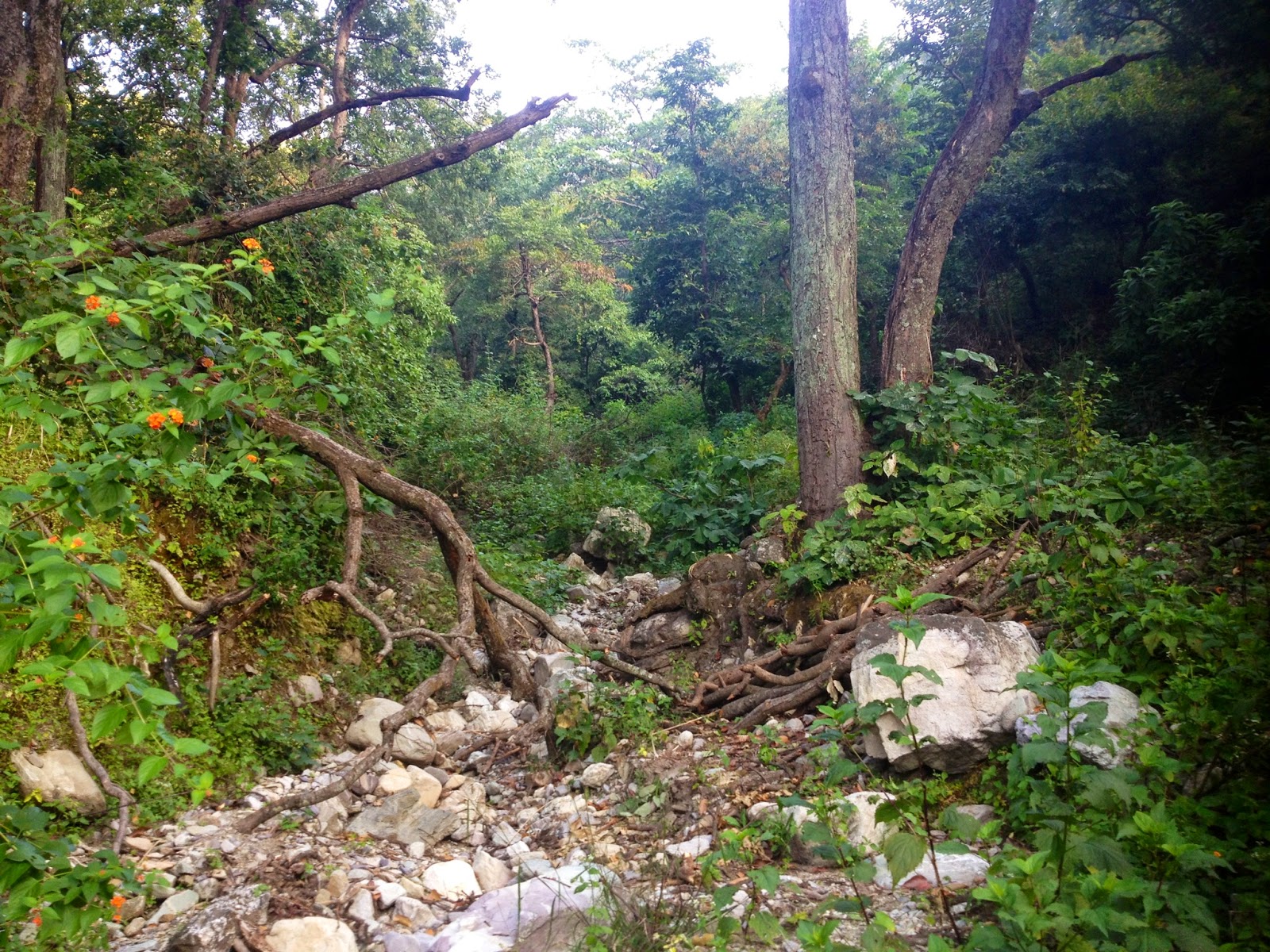 Bhattji whose sense of the jungle was fine tuned with experience decided that there were two tigers and one just crossed ahead of us and walked ahead to inspect. I sauntered back along the main path, only to freeze as I heard the unmistakable rustle in the bushes to my right and a low growl. It took all my strength not to make a dash forward to where Bhattji was inspecting the ground for pug marks. All of a sudden there was a hush above deep throated sounds that the deer and langurs still made. May be they were dumb struck like me. The whole scene powered with the probability and danger of sighting the apex predator while on foot was electric. Bhattji meanwhile seemed unperturbed and kept asking me to hush. And so together we waited. Till the calls faded and seemed to have taken up as if by relay by other animals along the path the tiger must have taken. It surely wasn’t mine.
That one tense moment in the jungle when all animals prickled to the sight of the Tiger has always been a moment of magic to me. This moment I have replayed more times than I have actually seen the predator in full view albeit always is the safety of a chassis about four wheels.
This day on the ‘pugdundee’ between two villages in the terai will have to be my most magical jungle moment, the probability was high and I was on foot ! and the growl ( I swear it was not my imagination ) was close. Very close.