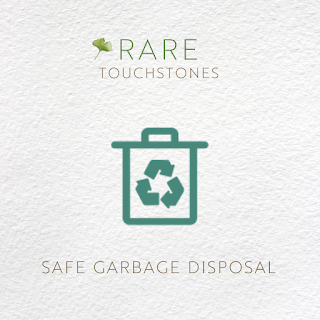 Waste segregation was an integral part of India. Just two decades ago, over 70% of all household waste was recycled! As an agrarian economy, the maximum recycling was not only seen in rural India where villages were clean, but also carried across to the urban cities. However, adoption of new lifestyles, increasing wealth, easily replaceable items among other concepts moved the thought process away from segregation and recycling. Even twenty years ago, every day there would be sounds of the ‘Chindiwali’ singing her tune to ask you to exchange your old clothing for shiny new pots and pans. Vegetable peels were sent back with the milkman for his cows and buffalos or given to those raising goats. There would be haggling for a few rupees with the kabadiwala who would take your newspapers and oil tin cans – there was an area in the home where used items were stored until an appropriate recycler came you’re your way. We seem to have lost that now.
The distinct tune of the Chinidwali is something my kids will never hear. Online shopping makes it easier to buy new pots and pans without giving up something old – that just goes in to the garbage. Without recycling. All in one bag and sent to the landfill – it is someone else’s problem to solve. We create the garbage, but do not stop to think what happens to it once it leaves our homes. 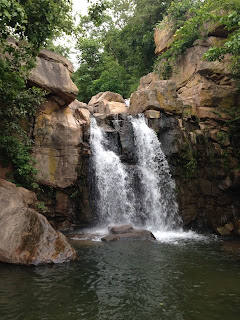 The RARE Community are a set of hotels in not well trodden paths. Many are set in pristine and sensitive areas – some with access to water bodies, where there is immense biodiversity. They have taken it upon themselves to be custodians of the land and community around them to ensure that waste does not end up causing damage nor is it an eye sore. Many offer the farm to table experience where organic produce is a way of life. Thus reducing waste and segregation is a high priority.
It begins with segregation of dry waste and wet waste. Wet waste typically is kitchen waste and the Community ensures composting has been adopted. The kitchen waste is often used as manure for the fresh farm produce that is served to guests. Dry waste is segregated in to that which can be reused or repurposed and that which needs to go to the landfill. Kathiwada Raaj Mahal for example, ensures it collects and stores all plastic waste on site over a period of time. Once there is a truck load of plastic waste, this is then taken to a recycling plant a few hours away. 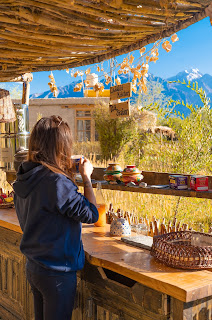 Composting and recycling is a way of life at Lchang Nang as well, that is working toward reducing garbage output. A small step such as ensuring reusable and refillable jars for tea, coffee and sugar are set up at their tea stations goes a long way in ensure that 13,000 sachets are kept out of a landfill.
As custodians of the natural environment around them, the RARE Community is working hard to reduce their footprint on the planet. Segregation is taken very seriously with regular training given to the staff as well. Jim’s Jungle Retreat has tied up with Waste Warriors who are working hard in the Corbett area among other places, to ensure the biodiversity is garbage free. Waste Warriors aim is to be a catalyst for practical and community led Solid Waste Management initiatives in rural, urban, and protected areas and to pioneer replicable models of resource management, innovative practices, research and education in the field of solid waste management. Both Jim’s Jungle Retreat and Kipling Camp have a sewage treatment plant that use sand and other natural elements to treat sewage.
These are a small set of examples from the RARE India Community. Other measures to ensure there is less garbage created include not providing bottled water, not lining bins with plastic bags, organizing clean up drives with the local community and having bins clearly marked to help segregate garbage.
Shobhana Jain
RARE India