Where is your power ?

The Tiger CEO by Sharad Vats 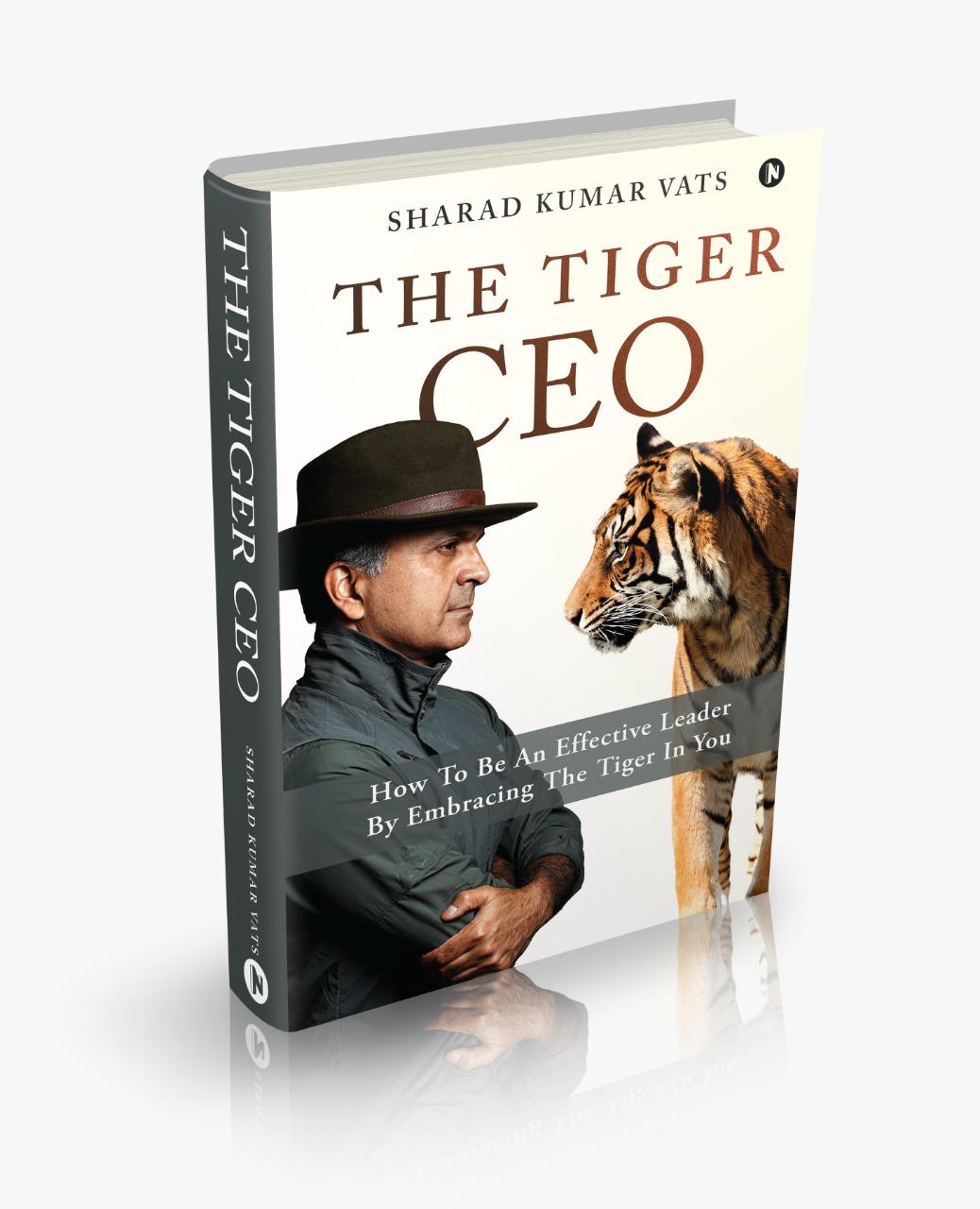 Never again will you confer the title of ‘tiger’ to anyone without considerable thought, to be a Tiger is a tall order. The Tiger in the jungles of India is a legend of our times, a survivor and walks assured in the knowledge of who he is.  The Tiger CEO by Sharad Vats is his personal journey from a hospitality professional to an entrepreneur, and his own growth led by his time in the jungles of India with the hero of this book, the Royal Bengal Tiger just as powerful when addressed by his zoological name Panthera tigris.

Years of spending time in the jungles, fascinated by this feline of many monikers, the apex predator of Indian jungles not only fuelled his devotion, the book highlights how closely he has studied and tried to understand the species. Through the Tiger’s attitude, attributes, temperament, skills , behaviour and body language, Sharad draws compelling parallels between the Tiger in his world where he reigns as the king and exemplary CEOs who rule the corporate world as leaders. Highlighting real life examples of boardroom wars, successions, coups and take overs, the book hints at the ‘tiger’ in men and women who are astute business leaders and have created history in the corporate world.

Fluid, informative and engaging, The Tiger CEO is especially relevant and to be read and assimilated during the pandemic business crisis.  Generously dotted with quotes and anecdotes through a range of subjects even poetry, music and religion, the narrative is spot on as it weighs corporate and business situations and respond as a tiger would in a similar position in the jungle. All the while feeding readers with fascinating information about the Royal Bengal Tiger.

Clearly a passion project, Sharad has been working on this book for sometime and like some of us who looked at the pandemic as an opportunity, made good use of his time-out from Nature Safari India Pvt. Ltd to complete his book with immense support which he generously acknowledges from his friends and family. Through the course of the book, he lists a character or skill of the Tiger, throws in a quote and proceeds to explain a corporate situation that demands a similar skill. Some made me smile and a few pushed me into a day long introspection. Having known Sharad for a while now, though work environment does now allow regular interaction, I know two attributes of his which remind me of the tiger. His  self assurance and quietness. And from the book my favourite attributes of the Tiger is this quality of being ‘watchful’ which powers his everyday life especially when faced with the inevitable issues of climate change and habitat loss - finding food, looking after her cubs, protecting territory.

A lesson for the pandemic disruption from the watchful tiger - “Experience teaches a leader that disruption in the landscape is not necessarily a negative thing in itself. Are you spooked by it ? or agile enough to assess it’s impact and move around it, even leverage it to your advantage. This in essence triggers evolution.” Followed by a nugget of Buddhist wisdom, “When you can’t control what’s happening, challenge yourself to control the way you respond to what’s happening. That is where your power is.” An undeniable lesson for the pandemic. Infact there is an entire chapter dedicated to disruption and what a Tiger CEO’s attitude would be when faced with it.

The second is the Tiger as a cult figure, “The tiger doesn’t shout his tigeritude. He pounces.” A definite lesson in humility and action.

Knowing the tiger through Sharad’s observations, this is a very high benchmark for anyone who aspires to be ‘a tiger among men’ or ‘tigress’ for that matter.  I know for sure that there might be those among us who may have some of the qualities. I doubt if there is a man or woman with the sterling qualities of a tiger in his own territory, as he roams wild and free. We can only commit to keeping him there - stalking, walking, mentoring, protecting and defending every being’s right to a beautiful planet. “A universe in himself, in ecstatic motion.”

Sharad Vats leads ‘conservation through tourism’ as the Managing Director of Nature Safari India Pvt Ltd, a Delhi based travel company. Sharad also set up a conservation focussed wildlife lodge in Kanha. An avid wildlife photographer, he has spent over thirty years in the jungles studying tiger behaviour which he believes has been a huge motivation in his entrepreneurial journey.