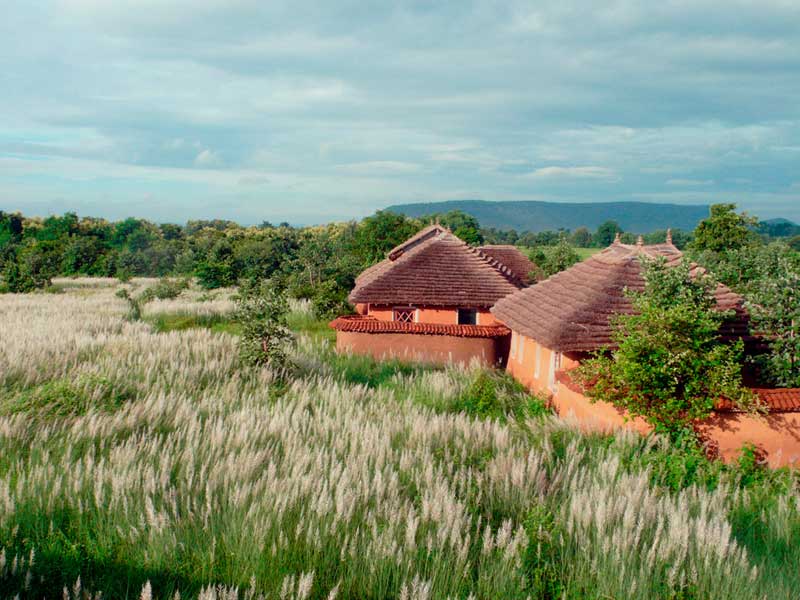 To the untrained eye, stylish cottages slightly raised and standing amidst tall grass, unwieldy shrubs, trees that bear gnarled barks with thorny branches look like unkempt landscape. But if you look closer you will see wild seeded fruits, pods and grains, these are what the earth naturally puts out to harbour birds, bees and insects that in turn entice other animals of the wild. When looking at nature based retreats and wildlife lodges that understand conservation and believe that they only have a tentative right over the land and its fauna, you will see that the natural landscape is in a flourish causing least disturbance, in fact helping in regenerating the ecosystem. In fact here is a great example at The Sarai at Toria situated on the river Ken, the abundance of grass (Sacharrum spontaneum) is not only an invitation for insects, it has lent a great design and concept to the retreat where the mud and thatch huts create a seamless ecosystem. As Joanna Van Gruisen, the owner says, “Our idea is to maintain a landscape that does not require watering and is a wildlife haven for insects, birds, amphibians and small mammals. Simply put, allowing nature to take her course, encouraging plantation of indigenous shrubs, grasses, climbers and trees, I always believed brought in an abundance of insects, and hence birds, reptiles and other smaller mammals. A beautiful environment often enjoyed from the decks of your cottages and suites and to catch nature in all her glory – undisturbed and utterly joyous as dawn chorus and nocturnal notes.” 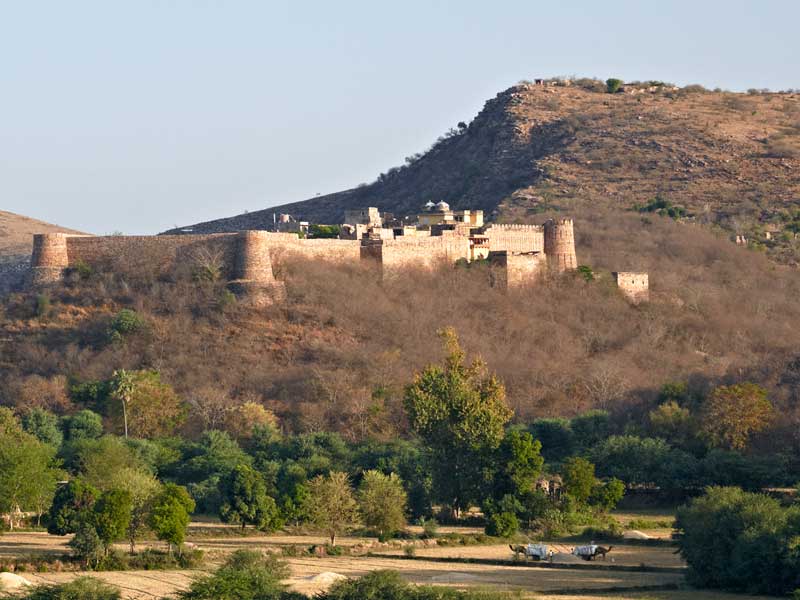 Ramathra Fort, a restored fort in Rajasthan perched on top of a hill in the winters is a ruddy brown with a forest of Dhonk (Anogeissus pendula) at the foothills. In June or July at the first hint of rain the entire hill and surrounds turns green, where Dhonk, a shrub endemic to the Aravallis grows in abundance. As a shrub it is eaten by goats and when dry, the villagers cut it up to use it for firewood. Ravi Rajpal the owner of Ramathra Fort, a boutique retreat while restoring the 350 year old fort also considered the Dhonk forest wanting to allow it to flourish once again. The result is for all to see today, it is abundant in birds and wildlife and as Ravi puts it all he did was “to keep the axe and the goats away”. 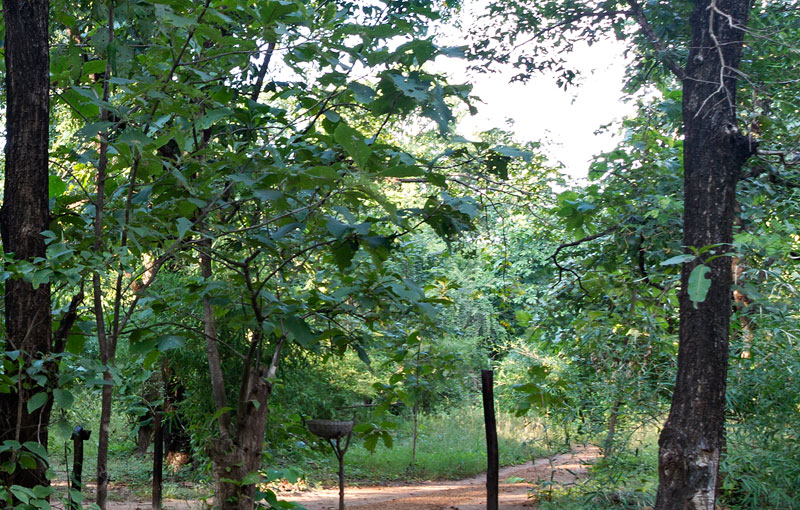 Some great urban landscape restorations have been attempted with much success as in the case of Aravali Biodiversity Park that is spread out on the border between Delhi and Gurgaon. A heavily mined area of over 300 acres is today a thriving city forest and the pride of Gurgaon, a private-public partnership between iamgurgaon and the Municipal Corporation of Gurgaon. A citizen initiative of volunteers and rewilding experts lead by Vijay Dhasmana worked for the last ten years to recreate the forests of Aravali in the heavily mined and degraded landscape into what is today. It is a small sized sanctuary, home to over 200 species of birds, more than 300 species of native plants, insects, a number of snakes, wild animals like nilghais, jackals, palm civet, mongoose, etc. Vijay who headed the rewilding team for the project elaborated on the continuing initiative. The effort was recently summed up in a ten year report: Making of a city forest – a comprehensive 45 page report highlighting various stages of the reforestation project and the research that went into making what is today a young forest that has already transformed into a self-sustaining ecosystem.

Practised at any scale, rewilding or creating wild gardens is about reviving fallow degraded and overgrazed landscapes and advocates managing regrowth with as little human intervention as possible; allowing root stock to grow back into full shrubs and trees, planting indigenous grasses, climbers, trees and shrubs. The blue print for managing rewildling can be adopted from similar ecosystems with a geographical or geological match. 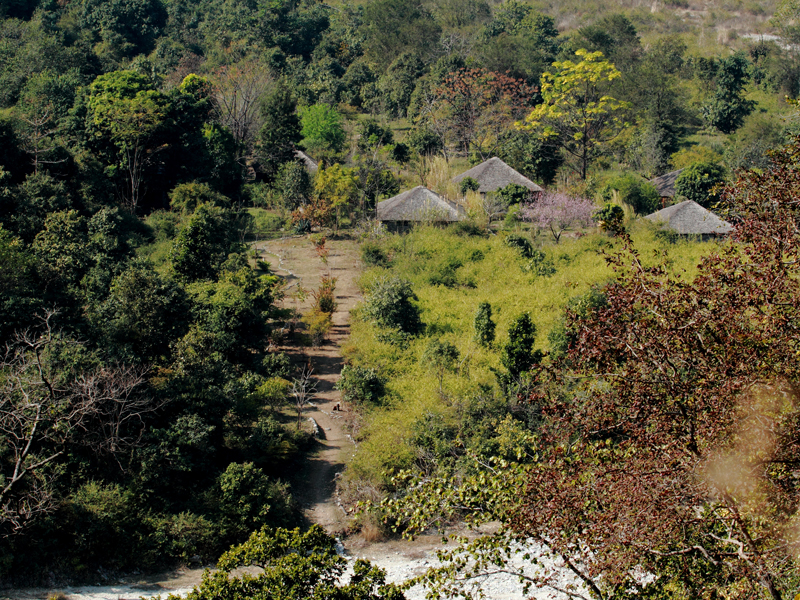 In a recent article, Isabella Tree, the author of ‘Wilding’ refers to the wildlife markets of Wuhan where the first human victim of the Corona virus was seen. She believes that man’s dysfunctional relationship is the cause of pandemic and it is also symptomatic of what’s happening around the world. In the initial days of the virus and the lockdown, with people and vehicles confined to their homes and garages respectively, social media was rife with stories of nature reclaiming her territory. One can only hope that this enthusiasm continues and each one seizes the opportunity to help nature heal and revive. In short, this pause and reset could be a golden opportunity – to learn from nature and work on the climate crisis.