Biodiversity loss – the loss of nature is as critical an issue today as climate change. Huge swathes of natural forests are being converted to agricultural land or mining grants allocated or simply to make way to build cities. The inevitable therefore happens – species become extinct, animal and plant behaviour changes, we battle pollution as the biggest oxygen making factory is reduced and overworked and calamities and pandemics emerge.

We humans are the link to these crises and it is in our actions both big and small that we can contribute to making a difference. Every action begins with a thought that we have the ability to mould and create into something beautiful, viable and workable for all. At RARE, we are fortunate to work with partners who have shaped their actions to allow regeneration of Biodiversity – through rewilding, regeneration and encouraging junior ranger programs that will hopefully facilitate the need to preserve and protect biodiversity. 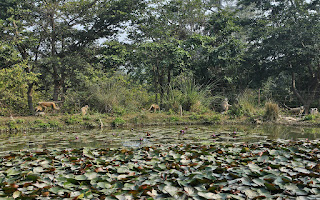 Jim's Jungle Retreat is nestled in the Himalayan foothills and on the edge of Corbett National Park. Set in 15 acres of replanted forests, the site was formally used for agriculture and devoid of native flora. As part of The Mahavan Project, Daleep and family have been carefully and actively planting, and today have nearly 100 species of trees and over 50 varieties of plants and grasses native to the region. The creation of habitat has ensured thriving and vibrant biodiversity with insects, birds making themselves at home, and visits from the bigger animals of the forest. It thus forms the perfect platform to engage and educate children and adults on the need for biodiversity and man’s relationship with the jungle. 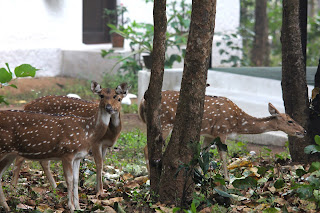 With a motto of "treading softly in the jungle", Kipling Camp is one of the finest jungle camps in the Subcontinent with a legacy of conservation and protection. Although surrounded by a protected National Park, the land Kipling Camp now stands on was also formally agricultural land. The Wright family only used a small portion to build the camp, while the rest was allowed to regenerate and flourish – so much so that even in a drought-like situation, there is always water in the waterhole for the animals. Time spent here leaves guests with a deeper understanding of the natural world. Kipling is a fine example of the belief that there can be harmony in coexistence. 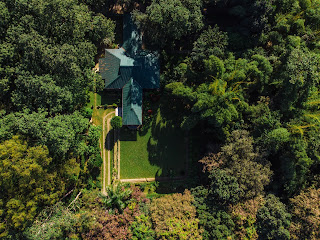 Wild Mahseer is nestled in a part of the Eastern Himalayan Botanic Ark. The Ark has played an important role in showcasing the rich biodiversity of this part of the Eastern Himalayas. Activities around the Botanic Ark are tailored to promote and preserve the native flora and fauna, through interactive walks and sessions. Apart from this, Wild Mahseer allows access to Kaziranga National Park, Nameri National Park and Manas National Park each abundant in wildlife. Being amidst nature is humbling and ancient wisdom has propagated befriending a tree to remain rooted for self-growth and development. Thus it is no surprise that Forest Bathing is a big part of the experience at Wild Mahseer.

At Svasara Jungle Lodge the story is similar to a large area of land mindfully worked upon to bring back local biodiversity to the region. The images show how the land has changed over a decade. Svasara also created a little area for butterflies adding colour to what seemed almost like an arid landscape. It may seem ineffective that small bits of land are being brought back to life, and this is where nature becomes enchanting. Planting brings in insects that bring in small birds and animals, leading to larger animals coming in and before we know it – a thriving ecosystem is in place. With a tiger sanctuary nearby, this bio-network becomes pertinent for conservation. 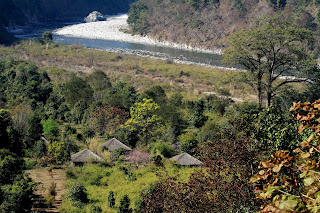 Vanghat provides a very unique way to get to it, it involves a short hike through the forest and then crossing a river on a raft. Located on the bank of the Ramganga river, the jungle surrounds the lodge. Destructive fishing methods spelt doom for the Golden Mahseer and Vanghat joined hands with the Forest Department and village committees to bring an end to these damaging fishing methods that used explosives creating further ecosystem damage. This allowed catch and release angling rights to Vanghat and others in the area, ensuring a source of revenue that benefited the local communities. The result has been an incredible rise in numbers of the mahseer. Healthier fish life meant otters are now regularly spotted in areas even close to habitation, along with Pallass’ fish eagle and brown and tawny fish owls.

All of the above have a common thread – working to facilitate a meaningful learning environment for adults and children through special programs and experiences created. This lends to stoking the inherent curiosity we possess allowing us to imagine, explore, understand and eventually preserve and protect the jungle and their inhabitants.